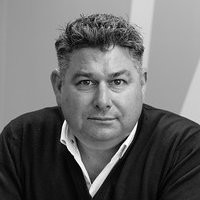 Paul joined Martlet Capital in 2019. He is also currently an Entrepreneur in Residence at Cambridge Enterprise. Prior to joining Martlet, he co-founded Bailey Fisher Executive Search in 1998 and led the growth of the business as Managing Director for 20 years during which time he built the board and management teams for some of the most innovative companies to have emerged from the European technology market. After a successful exit in July 2018, he took on the role of Executive Chairman.

Paul was named in the 2016 Maserati 100 and was recognised as one of the most influential business people in Cambridge in 2017. He has held advisory roles with NESTA Impact Investments and New Wave Ventures.