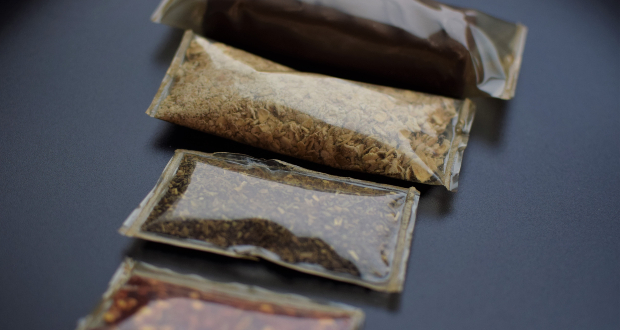 New research published today in Nature Communications could, according to Xampla, signal the end of fossil fuel single-use plastics as the science behind a new plant protein substitute is made public.

Researchers at the University of Cambridge Knowles Lab describe how they can create a polymer film from plant protein that is “sustainable, scalable and 100% natural”.

Made from plant protein which can be sourced as a by-product of the agriculture industry, the resulting material is said to be consumed in nature after use like any natural waste, leaving no pollutants behind.

It is claimed that the material’s functionality is consistent with conventional plastic, but it requires no chemical cross-linking used in bio-polymers to give them the strength and flexibility of plastic.

The research shows how the scientists are able to naturally assemble plant proteins so the final structure is very similar to spider silk. The breakthrough is said to be the first time these structures have been shown in a material that derives from plant protein.

Through a process involving acetic acid and water, ultrasonication and heat, the plant proteins are transformed in an energy-efficient way using easily obtainable, sustainable ingredients.

The paper is the culmination of more than 10 years’ research into understanding how nature generates materials from proteins.

The scientists said that they were inspired by spiders’ silk which is weight-for-weight stronger than steel but has weak molecular bonds, meaning it can break down easily.  They sought to understand the building blocks of this natural phenomenon, with the aim to create a material with the same molecular properties.

Professor Tuomas Knowles who led the research said: “One of the key breakthroughs is that we can supply this product on a large scale, and it can replace plastic in very specific applications. We have proved it’s possible to solve the single-use plastics problem.”

Dr Marc Rodriguez Garcia, co-author of the paper and Xampla’s head of research said: “It’s amazing to realise that a discovery you make in a lab can have a big impact on solving a global problem. That’s essentially why we are doing this – we really love the science, but we also wanted to do something meaningful about solving the overwhelming problem of plastic waste.”