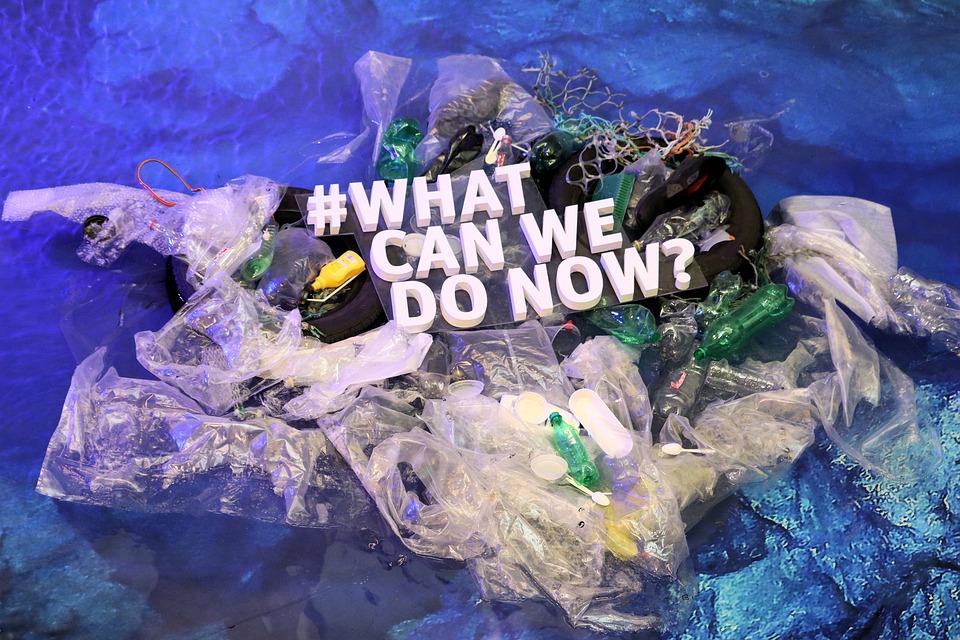 More than eight million tonnes of plastic enters the world’s oceans each year. Blown into the sea from ships and beaches, or carried there by rivers, our plastic problem is out of control. While it’s tough to say exactly how much plastic is in the ocean, scientists believe it to be more than the weight of 90 aircraft carriers. These plastics come in many different forms. Just think about all the single-use plastic items you use daily; the toothbrush you grab first thing in the morning, the container your lunch comes in, or the bottle you drink water from after your workout. All these things get used and, eventually, thrown out. If this waste isn’t properly disposed of or managed, it can end up in the ocean.

Unlike some other kinds of waste, plastic doesn’t decompose. Plastic can stick around indefinitely, wreaking havoc on marine ecosystems. Some plastics float once they enter the ocean, though not all do. As the plastic is tossed around, much of it breaks into tiny pieces, called microplastics. The first thing that comes to mind for many people when they think of microplastics is the small beads found in some soaps and other personal care products. But microplastics also include bits of what were once larger items. Microfibers shed from synthetic clothing or fishing nets, are another problematic form of microplastic. Most of these fibres, beads and microplastic fragments contain harmful pollutants like pesticides, dyes, and flame retardants, only to be later released into our oceans. Furthermore, it is believed plastic bags can take 20 years to decompose, plastic bottles up to 450 years, and fishing lines 600 years, however, no one really knows how long plastics will remain in the ocean.

With exposure to UV rays and the ocean environment, plastic breaks down into smaller and smaller fragments. Each year, an estimated million birds and over 100,000 sea mammals die from inhaling or getting tangled in plastic waste.

It is not just the seas and oceans being affected, it is also land. The prevalent problems with plastic going into landfill sites are that it can take anywhere between 30 days and 1,000 years for plastic waste to decompose, depending on the item. Most plastics leak potential pollutants into the soil and water in the surrounding area when they rot, although the extent of this is dependent on how well the landfill site is engineered.

In the UK in 2017, 2.26 million tonnes of plastic packaging was ‘placed on the market’, according to The UK Household Plastics Collection Survey 2018. Around half of that, 1.12 million tonnes, was used by households and only half of that, 537,000 tonnes, was collected for recycling. Sixty-six per cent was exported, largely to China.

A large scale example is the Jiangcungou landfill in Xi’an city, which was built in 1994 and was designed to last until 2044. The landfill serves over 8 million citizens plus imported waste. It spans an area of almost 700,000 square metres, with a depth of 150 metres and a storage capacity of more than 34 million cubic metres. Until recently, Xi’an was one of the few cities in China that solely relied on landfill to dispose of household waste, leading to capacity being reached early. Furthermore, the region has recently had a new incineration plant, and at least four more are expected to open by the end of 2020. Together, they will be able to process 12,750 tonnes of rubbish per day.

The Global Biodegradable Plastics Market is expected to reach $8.6 billion by 2025. This is due to the increasing demand for eco-friendly packaging materials for the purpose of packaging fresh food, dried snacks and candy, bakery goods, water and juice bottles, and meat products. The packaging and bags sector emerged as the leader in the global demand for biodegradable plastics with global revenues of $1.1 billion in 2017.

There are many different ways of reducing or eliminating the plastic problem. For example, reducing single-use plastics, avoid products containing microplastics and recycling properly. Wherever you live, the easiest and most direct way that you can get started is by reducing your own use of single-use plastics. A simple solution is carrying reusable coffee mugs or water bottles. Cambridge based start-up Xampla is replacing plastics made from fossil fuels and producing their ‘plastics’ out of plant proteins, which are biodegradable and, therefore, eliminates environmental consequences. Furthermore, Xampla’s innovative approach to solving our plastic problem stretches to microbeads as they are using their plant protein alternative in household goods.

Tiny plastic particles, called microbeads, have become a growing source of ocean plastic pollution in recent years. Microbeads are found in some face scrubs, toothpaste, and body washes, and they readily enter our oceans and waterways through our sewer systems and affect hundreds of marine species. Avoid products containing plastic microbeads by looking for polyethylene and polypropylene on the ingredient labels of your cosmetic products.

McDonald’s hasn’t received good press for its business practices over the years, and recent environmental commitments are perhaps designed to counteract this negative image. Francesca DeBiase, McDonald’s Chief Sustainability Officer, said recently “as the world’s largest restaurant company, we have a responsibility to use our scale for good to make changes that will have a meaningful impact across the globe.” She was commenting on the company’s landmark decision to ensure 100 per cent of its packaging comes from renewable, recycled or certified sustainable sources within the next eight years. The move has been backed by leading environmental organisations and McDonald’s has pledged to work with local governments to help achieve the goal. If successful, it would mean a huge amount of plastic diverted from the world’s oceans, and an unprecedented number of people engaged along the way.

It should go without saying but when you use single-use, and other plastics, always be sure to recycle them. At present, just nine per cent of plastic is recycled worldwide. Recycling helps keep plastics out of the ocean and reduces the amount of ‘new’ plastics in circulation.

Plastics are a huge problem affecting many businesses and the environment. It needs to be taken very seriously as it affects everyone, not just humans and the area they live in but also animals and wildlife, which will experience a much more damaging environment if this problem continues.

Sam is a sixth form student at The Leys School in Cambridge. He is studying Business, Physical Education and Geography. He is interested in playing sports, investment opportunities and travelling.