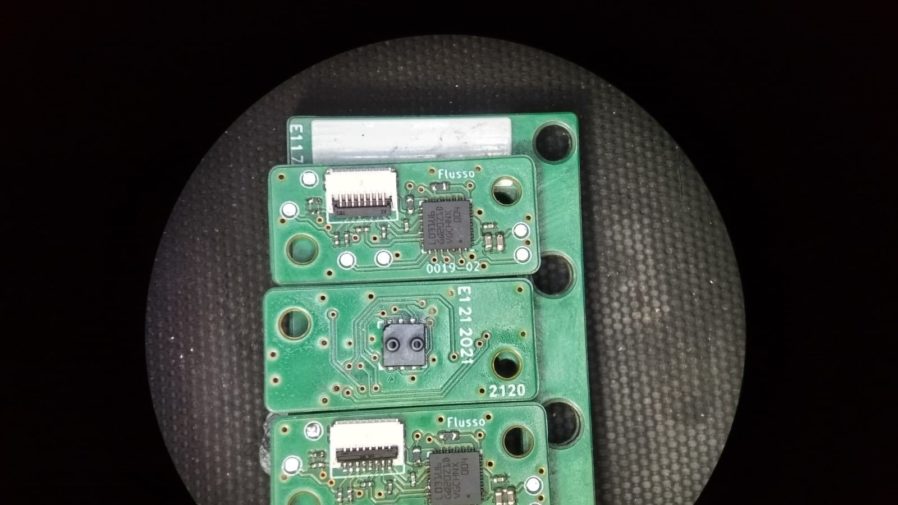 Flusso, a Cambridge University spin-out, has raised a $5.7 million Series A round to scale production of the world’s smallest flow sensor in an $8 billion market.

With products already commercially available, the investment will also enable Flusso to widen its product and technology portfolio.

Flow meters are traditionally used in industrial, automotive, and medical products to monitor the movement of gas or liquid. The market is worth $8 billion annually but is highly fragmented in terms of technologies and applications, and innovation has been lacking in consumer products in particular.

Flusso’s patent-protected technology enables flow sensors to be made significantly smaller and less expensive while adding enhanced functionality and without compromising performance.

The result is enabling direct flow sensing in a wide range of both existing and future mass-market consumer products – including heating and ventilation systems, filtration units, and respiratory medical devices – for which flow-sensing components were previously too big, expensive, or difficult to integrate.

They have been joined by Robert Swann, an experienced entrepreneur specialising in early-stage semiconductor companies, as chairman, and Dr Cleopatra Cabuz, formerly VP of Technology and Partnerships in Honeywell’s Safety and Productivity Solutions division.

Flusso’s technology uses a CMOS MEMS silicon platform and is packaged and assembled using a pure microelectronics approach. This provides both performance and scalability of manufacturing in tens of millions of parts per month.

CEO Andrea De Luca said: “The energy efficiency of many products could be greatly improved if they incorporated gas and flow sensors, but companies are unable to do so due to cost, size, or manufacturing constraints.

“Our vision is to bring flow- and gas-sensing technologies to all these products. This funding round helps us to scale up and bring our vision to reality.”

Founded in 2016, FLUSSO LIMITED (Flusso) is an industry leader in flow sensing solutions. Spun-out of the University of Cambridge to exploit a revolutionary semiconductor-based sensing technology, Flusso has among its founders Prof. Florin Udrea and Prof. Julian Gardner, who were also behind Cambridge CMOS Sensors success.