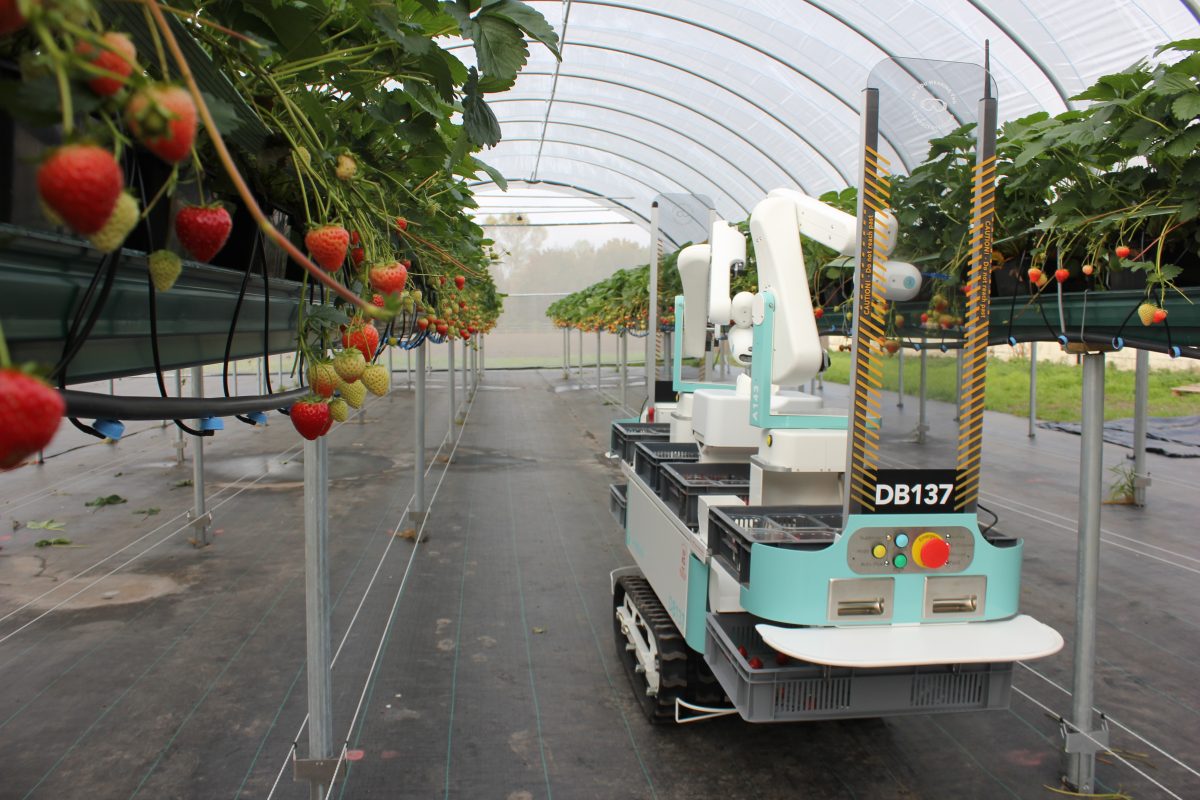 Dogtooth Technologies has secured £7m in a Series A funding round led by 24Haymarket and including LocalGlobe, Octopus Ventures and Martlet Capital.

A fruit-picking robotics business that has seen growing demand as a result of labour shortages in the agricultural sector will next week unveil a multimillion-pound fundraising involving prominent venture capital investors.

Sky News understands that Dogtooth Technologies, which was founded in 2015 by Edward Herbert, Dr Duncan Robertson and Matthew Cook, has secured £7m in a Series A funding round.

Octopus Ventures, LocalGlobe, Martlet Capital and a fund overseen by UKRI, the government research body, are also participating in the round.

The new funding will enable Dogtooth, which is based in Cambridgeshire, to accelerate the production and deployment of its “intelligent fruit-picking robots”, which perform the same functions as human fruit-pickers.

Mr Herbert, Dogtooth chief operating officer: “Seasonal agricultural workers are fundamental to the operation of modern soft fruit farms and robotic automation won’t change this: however, we can’t recruit enough of them.

The company’s funding injection comes 18 months after the government launched a coronavirus-driven campaign, which it called “Pick for Britain”, to ensure that there were enough seasonal workers to harvest fruit and vegetable crops.

Brexit-related and pandemic-induced disruptions to the supply of workers have, however, pushed the industry to consider automated alternatives, with companies such as Dogtooth seeing spikes in demand.

According to the company, its robots navigate along crop rows, identify, pick and then package ripe fruit.

Dr Robertson added that recent progress in areas of technology such as machine learning had provided the platform for companies like Dogtooth to develop their operations.

As part of the funding round, Zoe Morgan, a former Co-op Group marketing executive, is joining Dogtooth’s board.

“Machine learning is a fast-developing area, and we’re proud to be backing a team that is working at the cutting edge, with a solution that isn’t just an experiment, but has a practical use that could truly benefit the UK economy.”